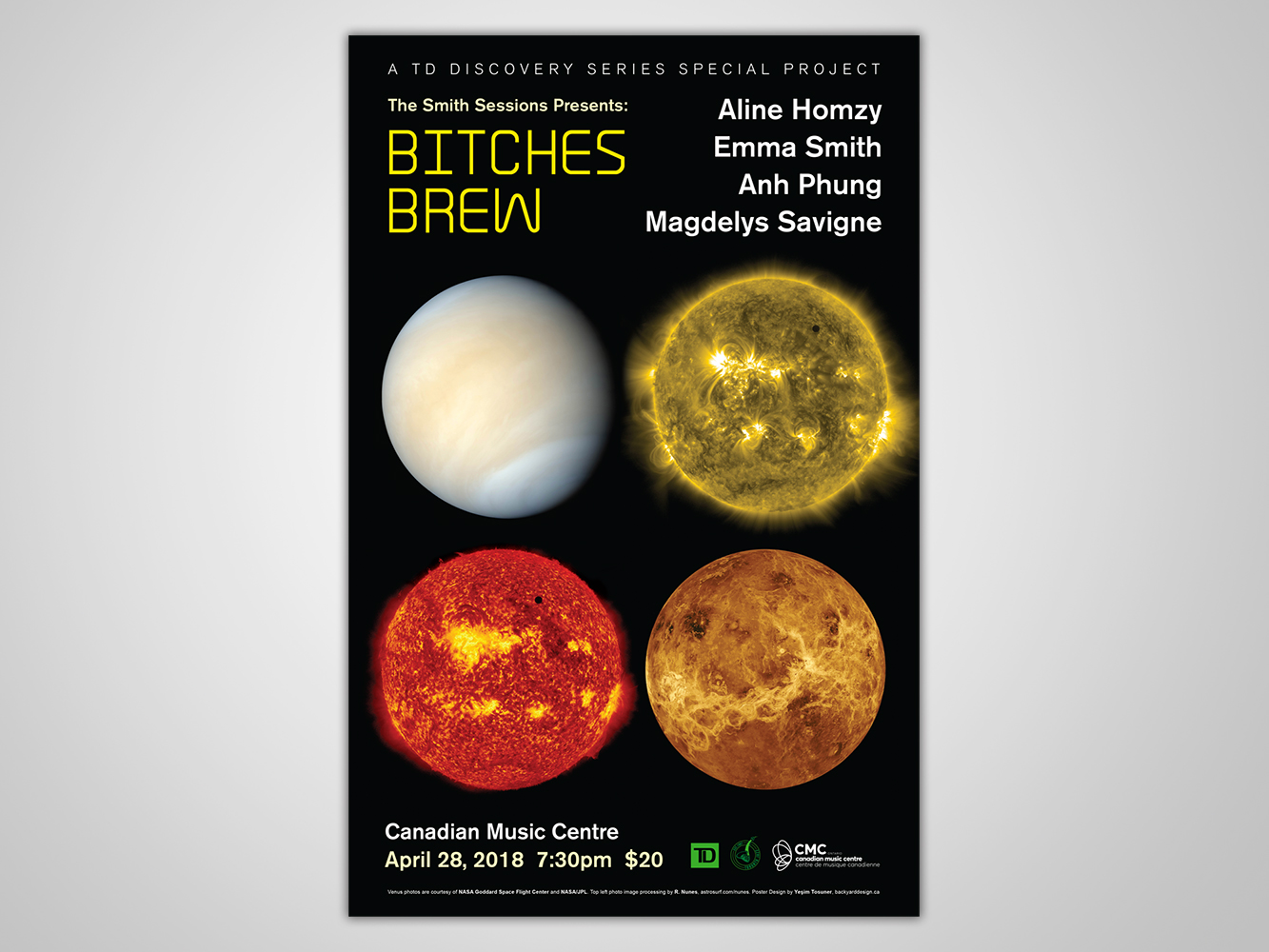 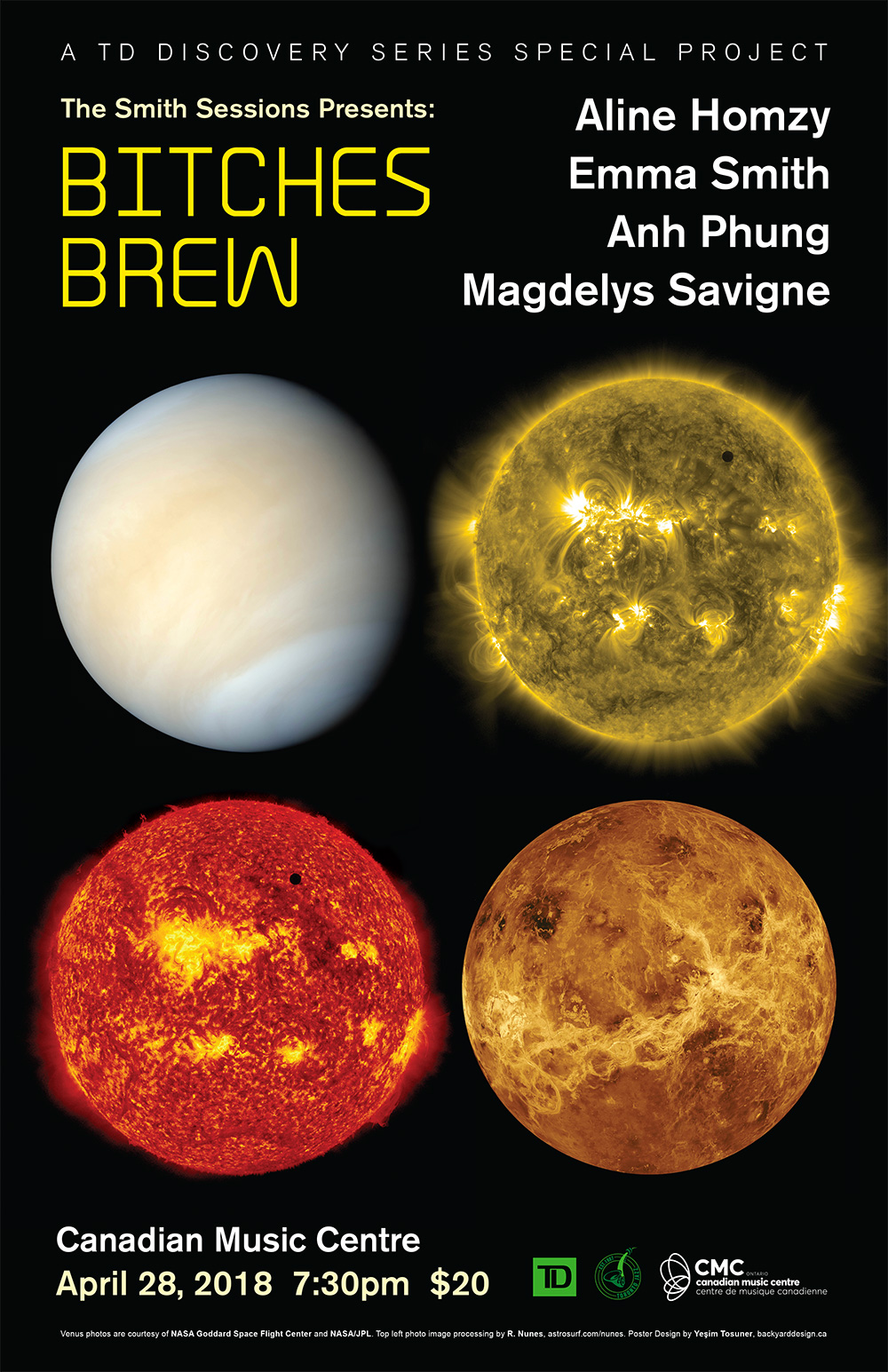 Originally run by Emma Smith in Edinburgh, Bitches Brew’s Toronto session was organized by the violonist Aline Homzy. In Emma Smith’s words “In response to the eternal assumption that the only woman in the band must be the singer, Bitches Brew is a night of music written/improvised and performed by some of the best female instrumentalists around.” The poster features four different stages of Venus’ orbit around the sun which represent the unique creativity each of the four female musical leaders bring to the project.